There is an alarming pre-emptive and intimidatory policing operation currently underway across four Australian states and territories.

Strike Force Guard III is the name of a disturbing NSW Police operation that has involved coordinated visits by Victoria Police, Queensland, ACT and NSW Police to the homes of climate activists across the country.

Labelled by police as Persons Of Interest (POI), at least forty activists from a range of groups and networks have received unannounced visits to their homes at various times of the day or night.  People have been questioned about past and potential protest activities, threatened with arrest and charges and asked to divulge information about other people or protest plans. Some have been visited multiple times, stopped in public, whilst travelling including a 16 year old on their way home from a peaceful climate rally. Children, relatives and housemates have all been confronted by armed police and questioned.

Detailed accounts and reports of these visits have been received by local human rights agencies. Most have been provided with inaccurate or false information about the legality of protests in NSW and actively discouraged people from attending an entirely lawful protest event.

It is clear that operation Strike Force Guard III is designed to gather intelligence and to deter people from attending protests at the International Mining and Resources Conference (IMARC) being held across three days at the ICC Sydney from 2-4 November 2022.   Although coordinated by NSW Police Force, Victoria Police and Queensland Police are cooperating with or supporting Strike Force Guard III.

Police attempt to justify these visits claiming they are about ‘community safety’ and ‘providing information’.

In reality, these intimidating home visits are an unacceptable form of political policing that undermines civil and human rights. They are pre-emptive attempts to silence public participation in protests.

Every single person in Australia has an internationally recognised human right to meet together and hold peaceful protests. To send armed police to households around Australia to question citizens about their potential political activities is akin to the actions of a repressive state intelligence agency.

Guardian Australia has reported on 28 October 2022 that “Brad Homewood, 49, from Williamstown, Victoria was among the climate activists in the state to receive a visit from police

On 1 November 2022, Guardian Australia also reported the use of counter-terror resources being used as part of the operation.

“Alister Ferguson was working at his home in the Brisbane suburb of Chapel Hill on Friday when his daughter answered the door to two police officers wearing plain clothes but armed with their normal accoutrements, including semi-automatic handguns.

In a video taken by Ferguson and posted online later that day, one of the officers tells Ferguson he is from the counter-terror command and is there with his colleague at the request of NSW police.” More here.

In June 2022, forty civil society organisations expressed alarm at reports of police overreach and the  pre-emptive policing of protest, including similar house visits across NSW, covert surveillance and an alarming para-miltary style raid on a climate activist planning camp and called for the force to act “responsibly, with integrity and respect for human rights” in response to protests.

The pre-emptive policing of protests is a growing trend globally with similar pre-emptive operations occurring in the United Kingdom and the US which have all triggered condemnation on human rights and civil liberties grounds.

Recent comprehensive research on threats to climate defenders in Australia released by Human Rights Law Centre, Greenpeace and the Environmental Defenders Office in 2021 found that “in Australia the ability of communities and organisations to advocate for stronger climate action has come under sustained attack”.

MALS has called upon Victoria Police to:

MALS has requested that Ministers and Members of Parliament:

MALS has requested that Human Rights agencies and investigative bodies:

Accounts of this policing operation are being compiled for national advocacy.

Anyone ‘visited’ by police in relation to any protest activity are advised that they do not have to answer any questions.  Even casual ‘chats’ are intelligence gathering.

A handy guide for activists households to place inside their front door has been developed. It is available for download.

Session Chat is a free and Open Source end-to-end encrypted messenger that removes sensitive metadata, is not tethered to your phone number, is censorship resistant, and designed for privacy and anonymity.

Or by scanning this QR code: 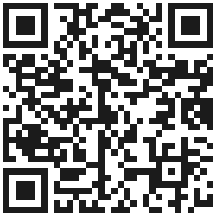